Understanding the 'Complex' part of CRPS

Understanding the 'Complex' part of CRPS

So the thing with CRPS, is it is 'Complex', so much so it even states it in its name!

What this means is that it involves many of the bodies systems; the nervous, immune and endocrine (hormonal) systems are known contributors. The pain felt can also be influenced by many different things that feed into these systems; stress, emotions and diet are to name a few. One of the biggest game players is the sympathetic nervous system, the go go system that drives many of the stimulatory processes of the body. Such as the release of adrenaline, stimulation of stomach acid and increasing the heart rate. The sympathetic nervous system is commonly hyper-active and super-sensitive in patients with CRPS. I commonly suffered from indigestion and late night highs on adrenaline where sleep remained hours away.

Those of you that have done your CRPS homework know that CRPS used to be called Reflex Sympathetic Dystrophy, or RSD. This basically means that over-activation of the sympathetic nervous system was causing a vicious feedback loop, thought to be involved in driving the pain. The name was later changed as the men in white coats realised that this wasn't the whole picture. However it still remains a significant contributor, and calming it down can reduce this feedback cycle, reducing the pain experienced.

It helped me to imagine things a pair of old fashioned scale on the left-hand side is all the things that drive the pain, whilst on the right-hand side are the calming influences that reduce the driving power. To prevent flare-ups and be able to get the most from each day and every rehab session the scales need to stay balanced. 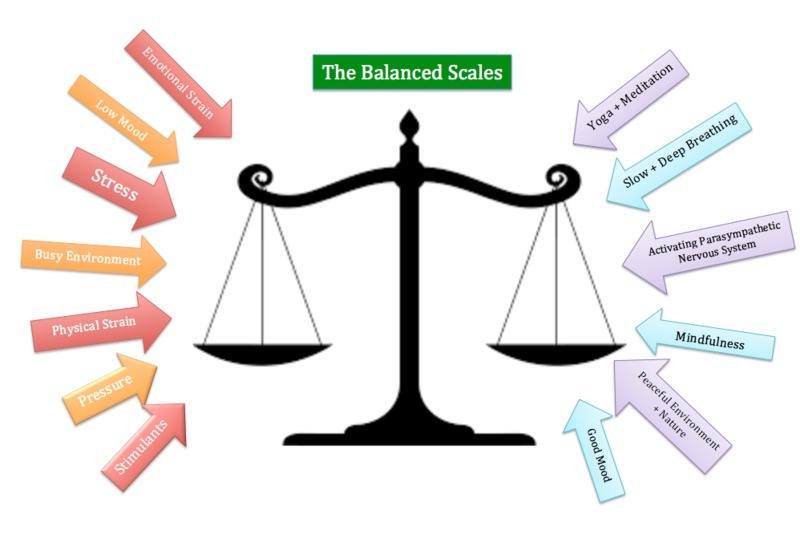 As I learnt to balance the activities of my life, I could neutralize the effects of the CRPS, preventing flare-ups by never overloading the stimulatory side of the scales greater than I could balance with the calming interventions. As I did this more and more, I discovered that activities that previously had a huge stimulatory effect didn't require the same degree of balancing and I could gradually increase the load without tipping the scales.